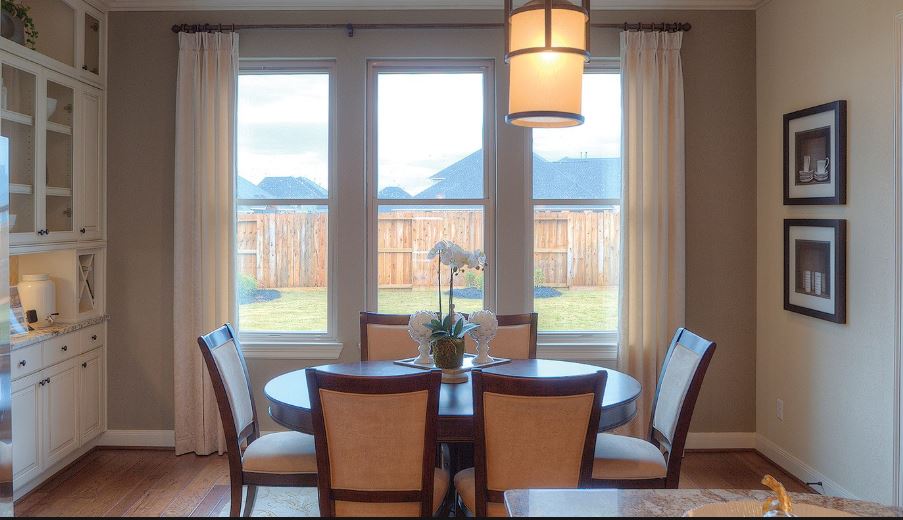 While considering Milpitas, CA replacement windows, transom windows may not come to mind or you may not know that you know what they are. Transom windows, though, can be a transformative addition that increases the curb appeal of your home.

Although many transom windows are decorative, they can serve a variety of purposes that can enhance a home.

Transom windows were originally installed to let air and light pass through rooms even when the main windows or entry doors were closed. Typically, you’ll see transom windows in neighborhoods with row houses, such as New York City, NY, Baltimore, MD, San Francisco, CA and London, England, where the floor plans are long and narrow with windows only in the front and back of the home. These transom windows were hinged and could be easily opened and closed.

Hinged transom windows used in homes that are not row houses have the benefit of providing security – because the main windows and entry doors can remain locked – and cross-ventilation and extra light. Transom windows improve air flow because of their location. Heat rises, so having a transom window near the top of the ceiling would allow more hot air inside to be displaced by cooler air from outside. They are particularly highly functional in areas in the home where humidity levels are typically constantly high, such as laundry rooms and bathrooms, because they can help prevent the development of mold and mildew.

Having a transom window above an entry door allows enough light in that the need for a entryway light is eliminated. Because of their placement, transom windows, if they are big enough, can actually allow an abundant amount of light into a home, and can, in turn, reduce the need for artificial lighting during the day.

The most famous, perhaps, transom windows are those that are installed in the English prime minister’s residence at 10 Downing Street in Westminster, England (where Parliament and Buckingham Palace are also located). This home was originally built in the 1600’s and has 100 rooms. With that much space, lots of transom windows were required to adequately light the house during the day and provide good cross-ventilation during non-winter months.

After the popularity of transom windows rose in the late 19th century, people began to use them as status symbols of wealth and panache. Many of the transom windows you’ll see in historical homes are made of stained glass that contain elaborate designs. The flashier the transom window, the more money – or the appearance of such – the homeowner had.

While most transom windows installed today are not used for ventilation (most don’t have hinges and can’t be opened and closed), they are still a beautiful architectural addition that does have the functional purpose of allow natural light into a home.

To learn more about transom windows as Milpitas, CA replacement windows, you can talk with our expert team at California Custom Creations. You can see us at 1406 Melwood Drive, San Jose, CA 95118, or you can call us at (408) 316-6293 to make an appointment for a free in-home consultation.

“Mr. Wagner has kept us apprised all along the way of the painting job that we did above and beyond the windows. The windows were professionally installed and look great.”

“Love the service and attention to detail.  I’ve used CCC multiple times and every time Paul far exceeded my expectations. Prices are more than reasonable…”